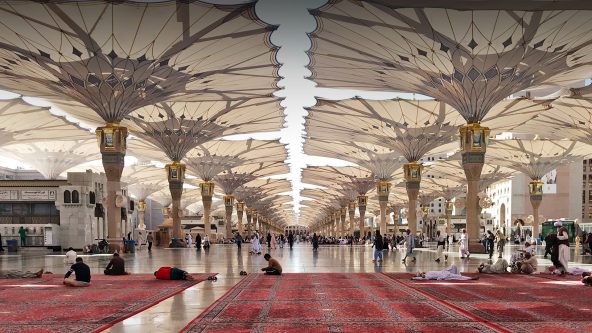 Architecture
For the column claddings within a project in Saudi Arabia, we were looking for the optimal solution that would meet our requirements for lightweight construction and design in equal measure. We found this in a multi-stage, iterative process. An outline of the process. 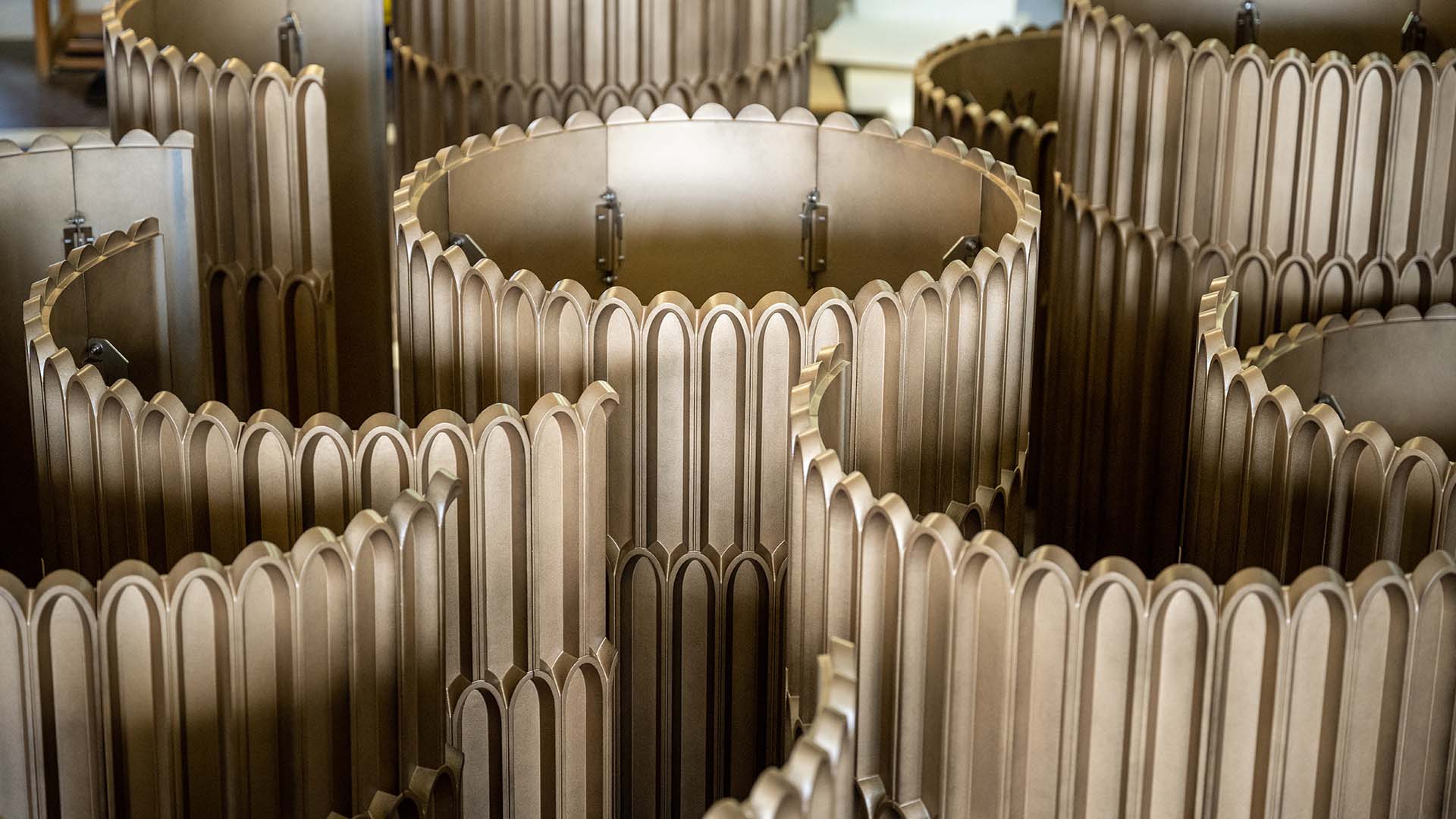 To validate the design of the column cladding, working models were first made on the basis of CAD data, by means of which the shape and buildability could be checked and adapted. The mock-up elements were produced using an additive 3D sand printing process. Here, the model was printed layer by layer and then further processed in-house by grinding and painting. Compared to conventional, subtractive processes such as CNC milling, in which material is removed from blocks of substances, this production method saves time, material and costs. 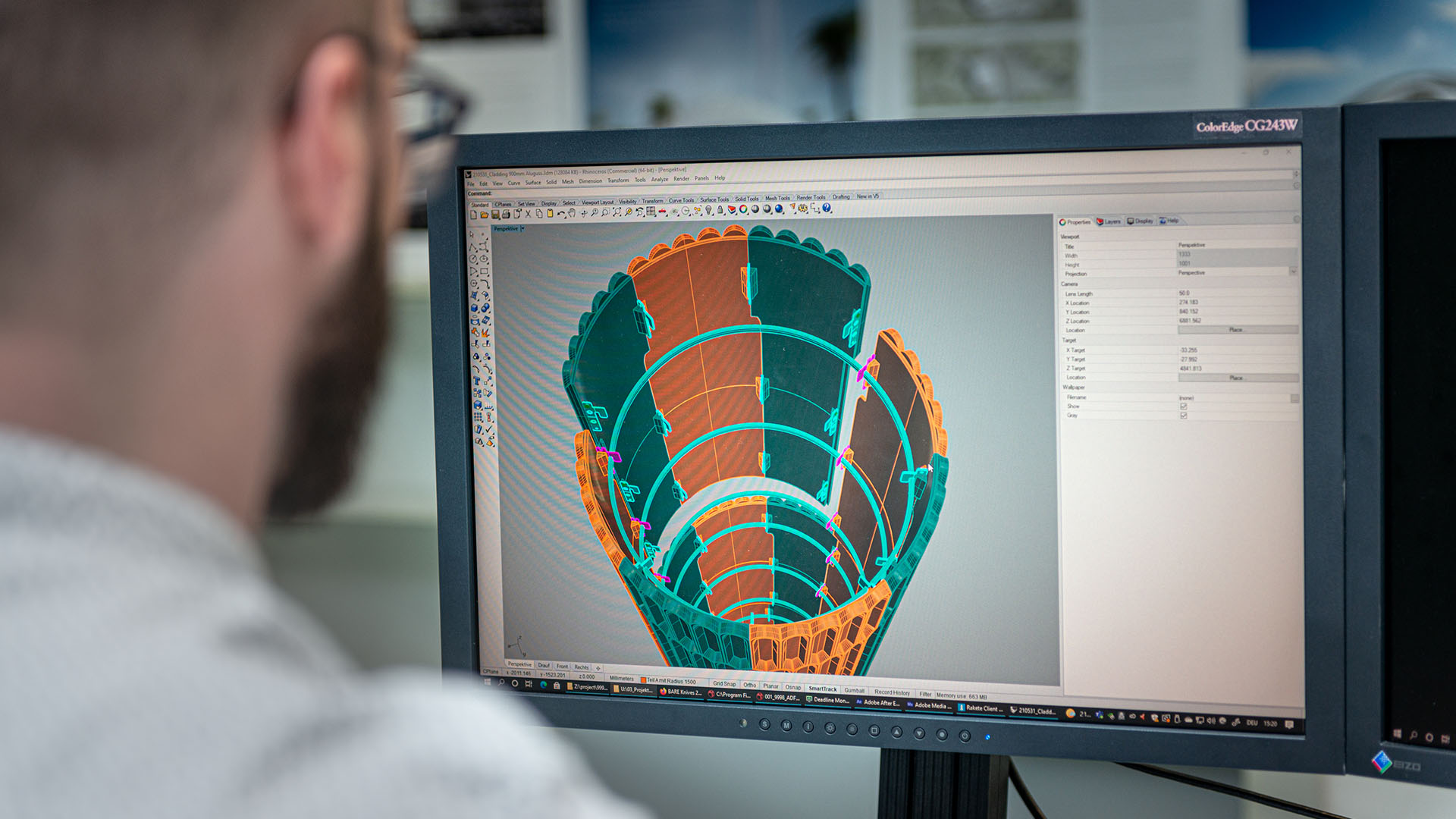 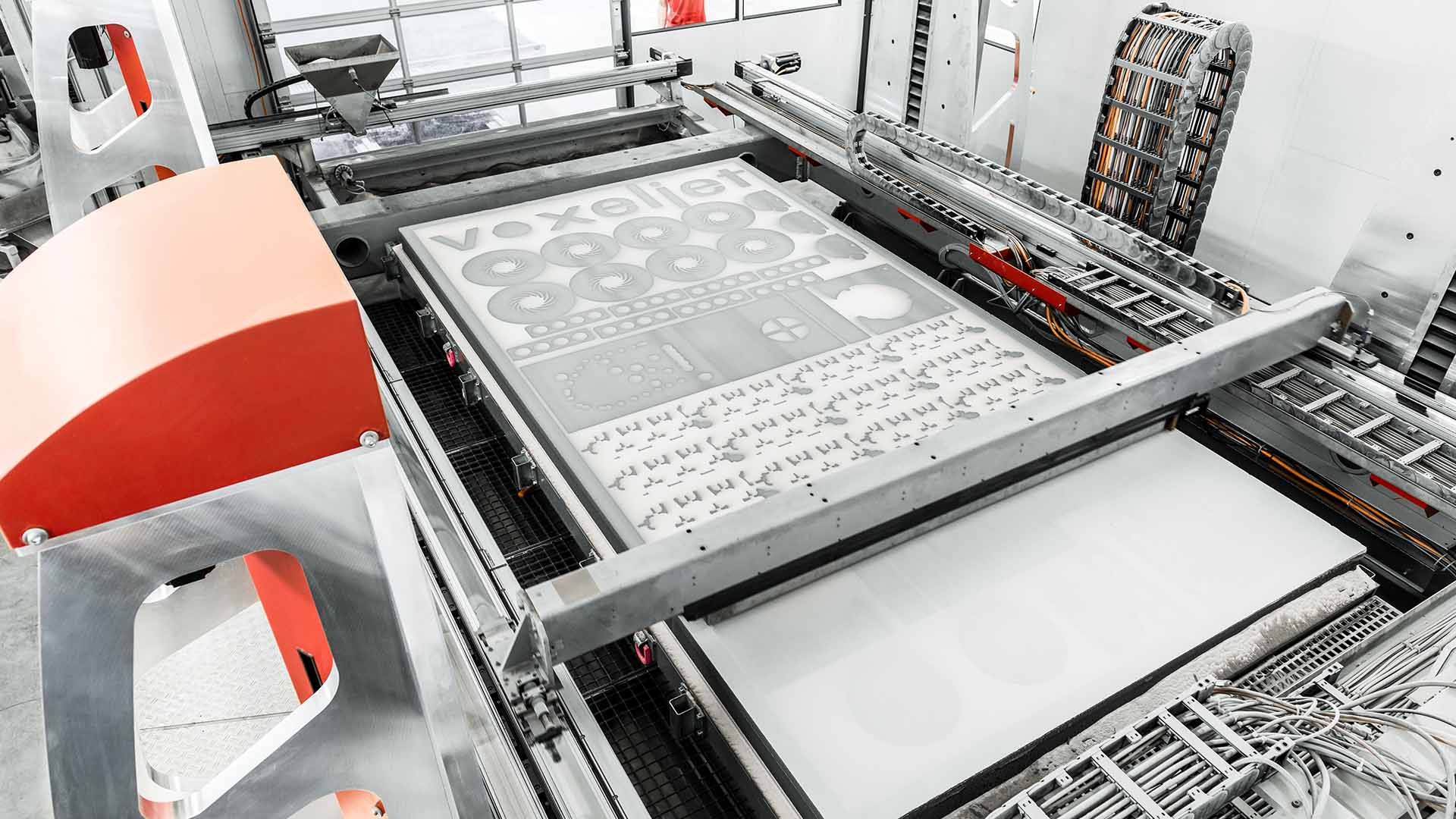 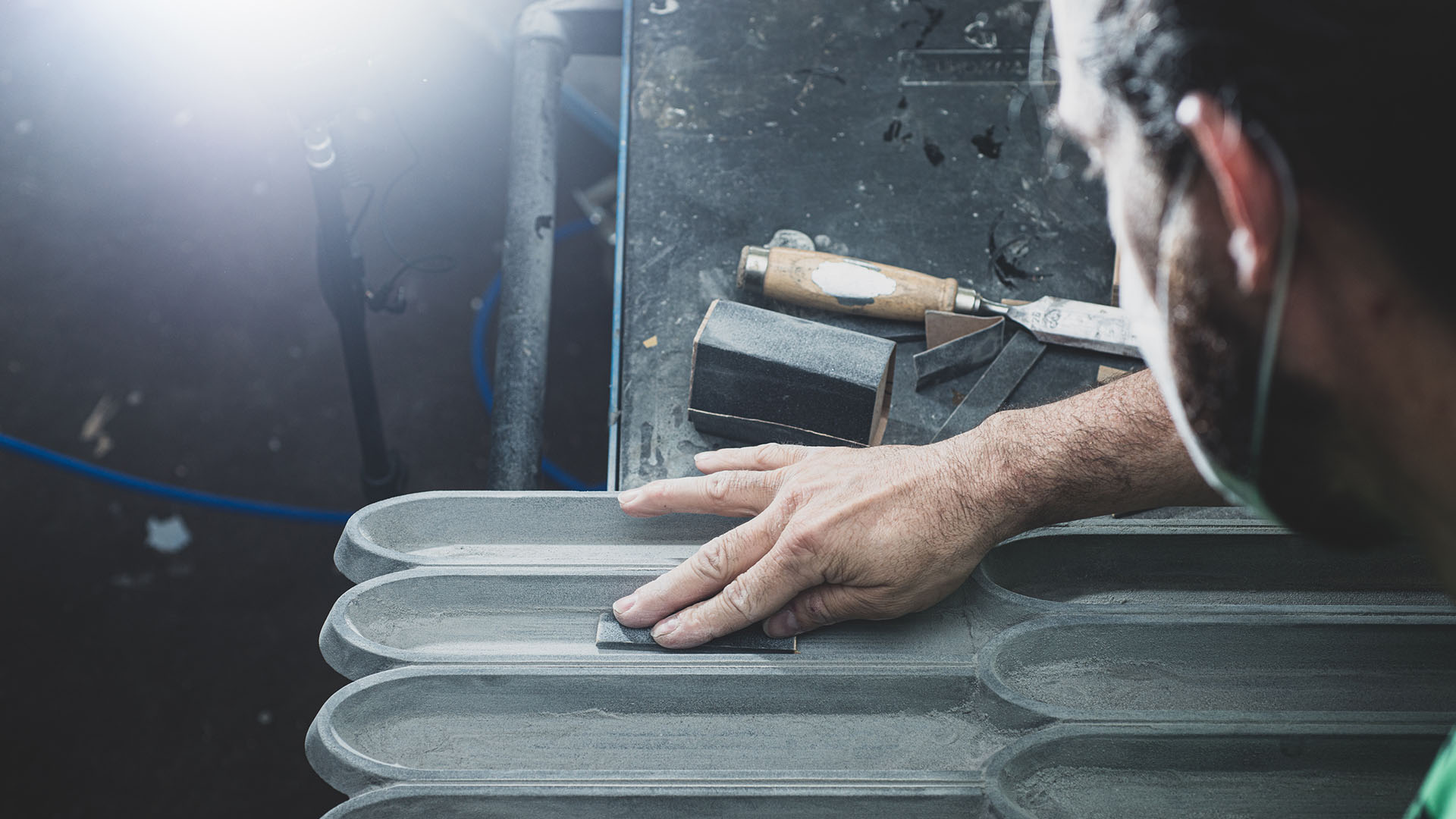 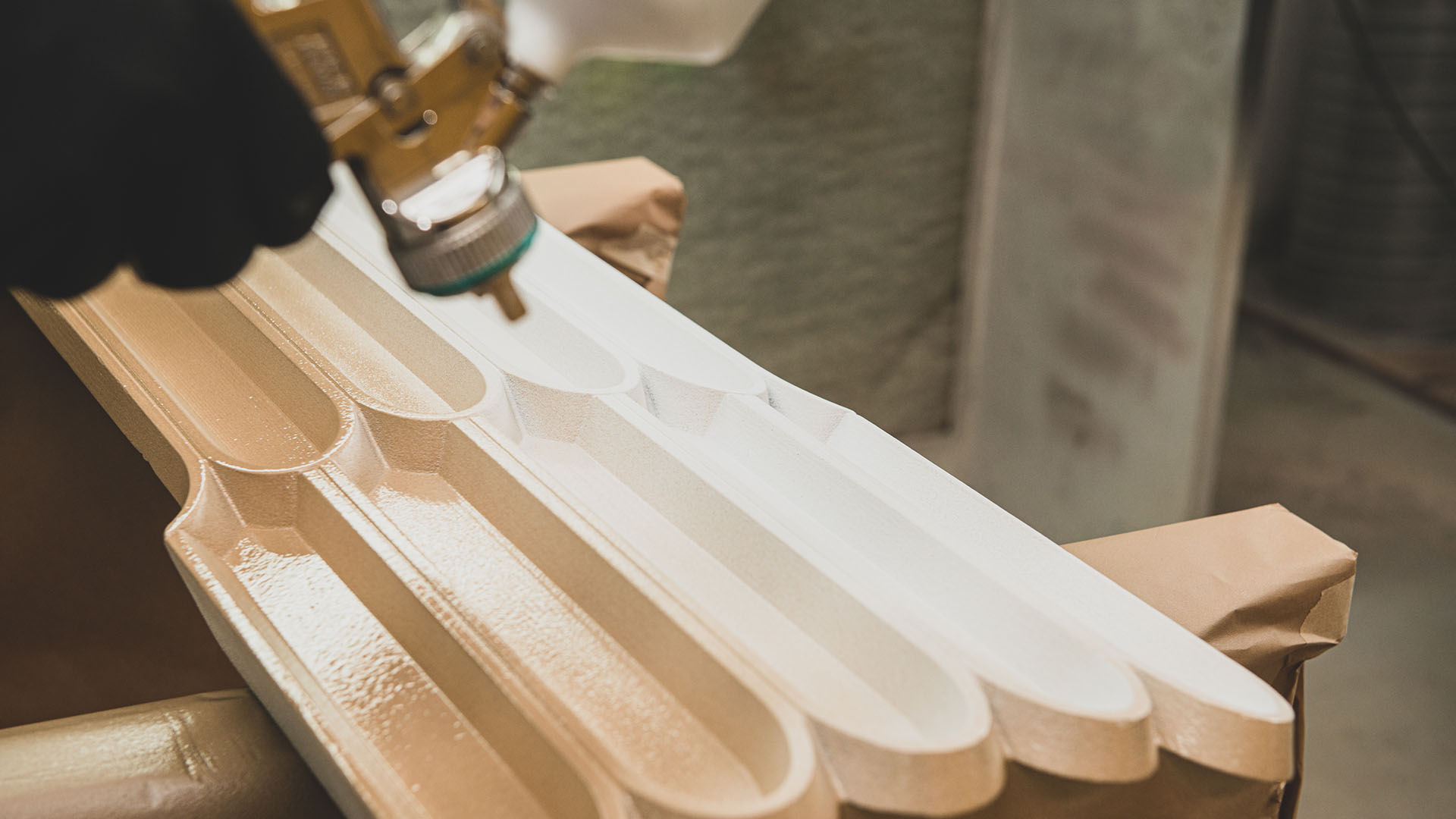 After the acceptance of the mock-ups by the project management and the client, the construction of the actual column claddings could be commissioned. For the series production of the 128 cladding parts, the decision was made to use an aluminium sand casting process. The basis for this was two frames filled with sand and binder, into which the upper and lower sides of a foundry pattern were moulded. The sand hardened after a short time and the model could be removed from the two sand casting halves. The parts were then assembled using an adhesive and poured with molten aluminium. After the aluminium casting had completely hardened, the sand moulds were broken on a vibrating plate, thus freeing the casting from the mould. Accordingly, in this manufacturing process, the mould can only be used once, which is why it is also called a “lost mould”. However, a high percentage of the moulding sand is recycled and used again. 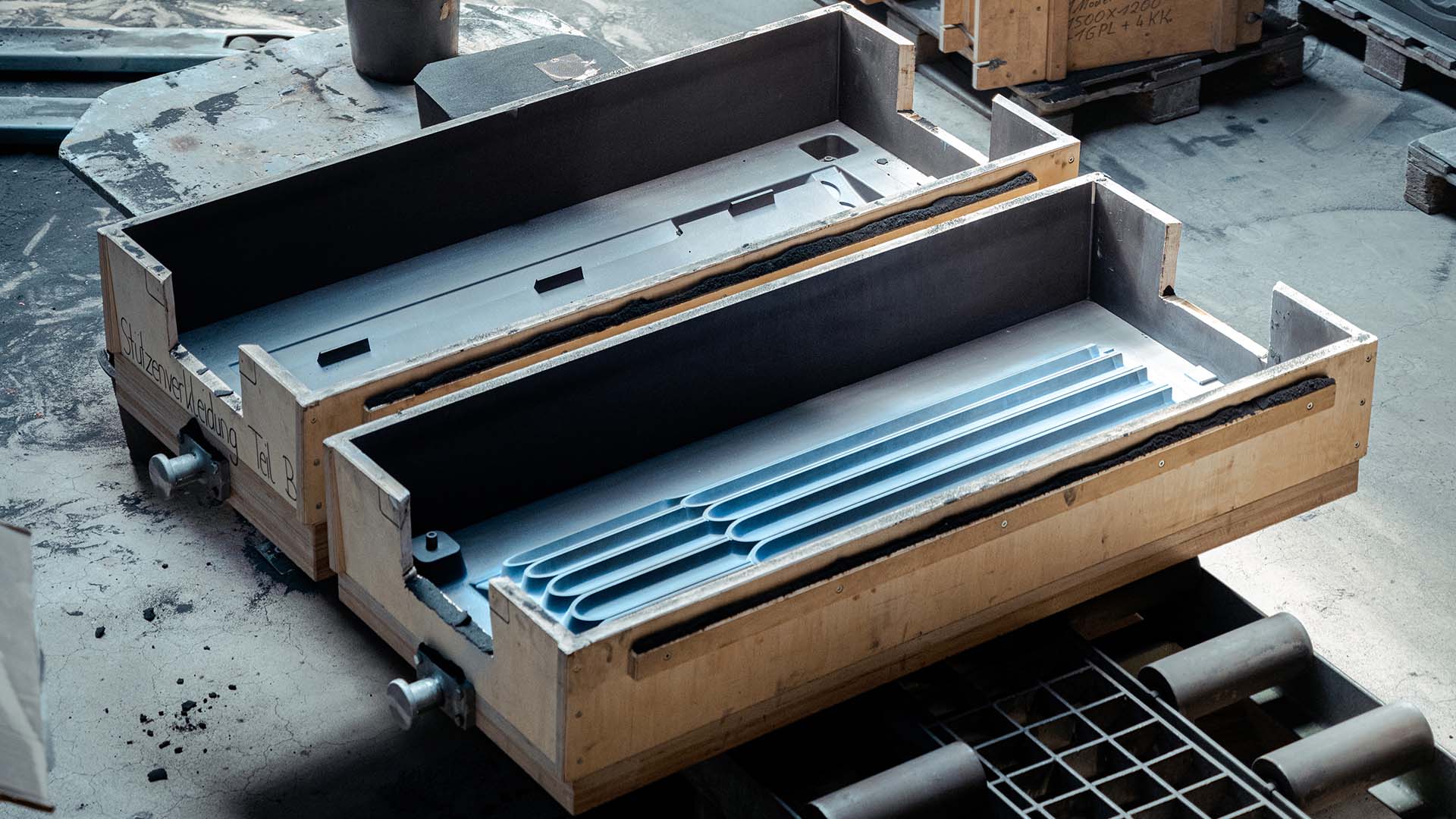 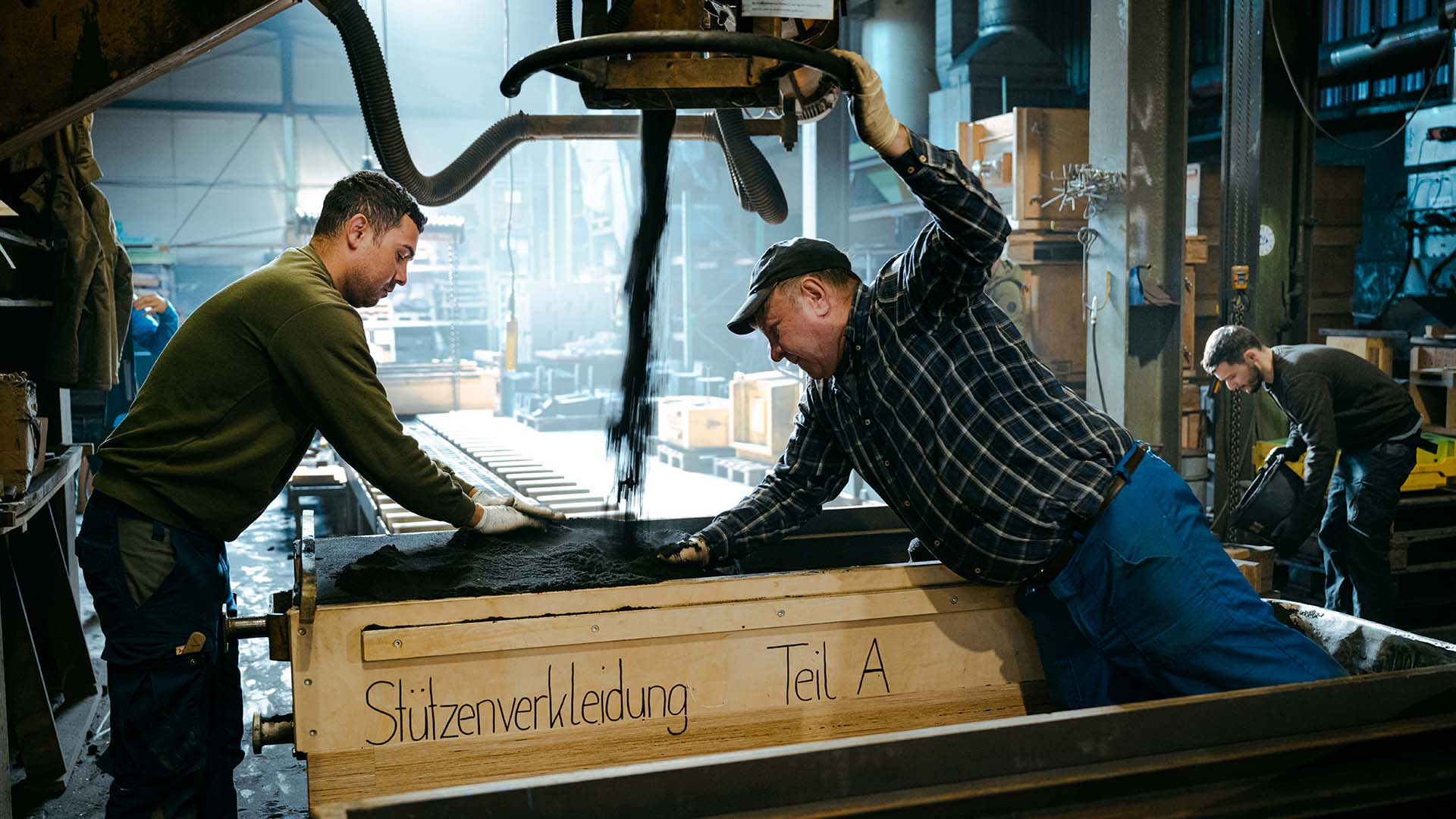 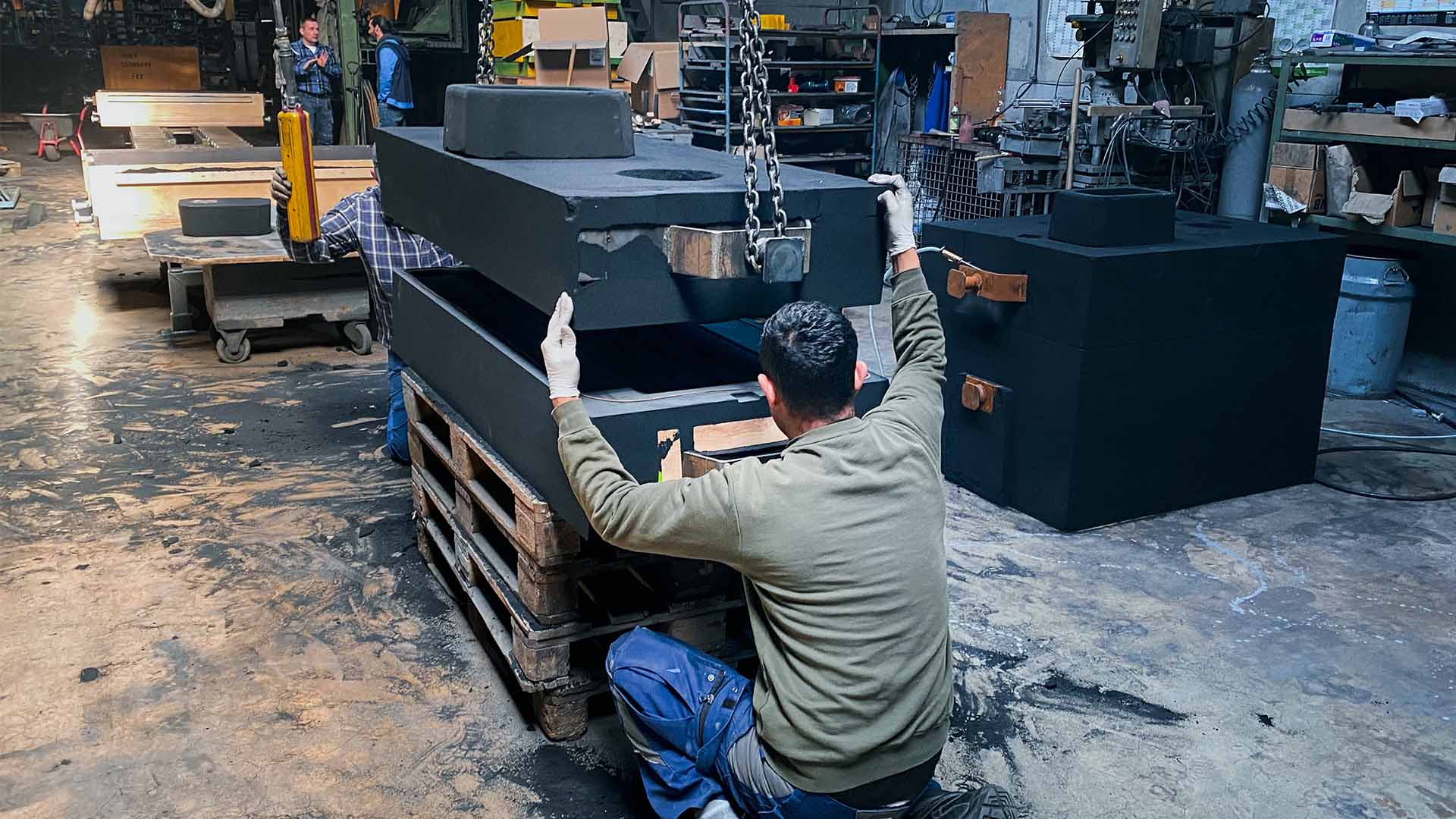 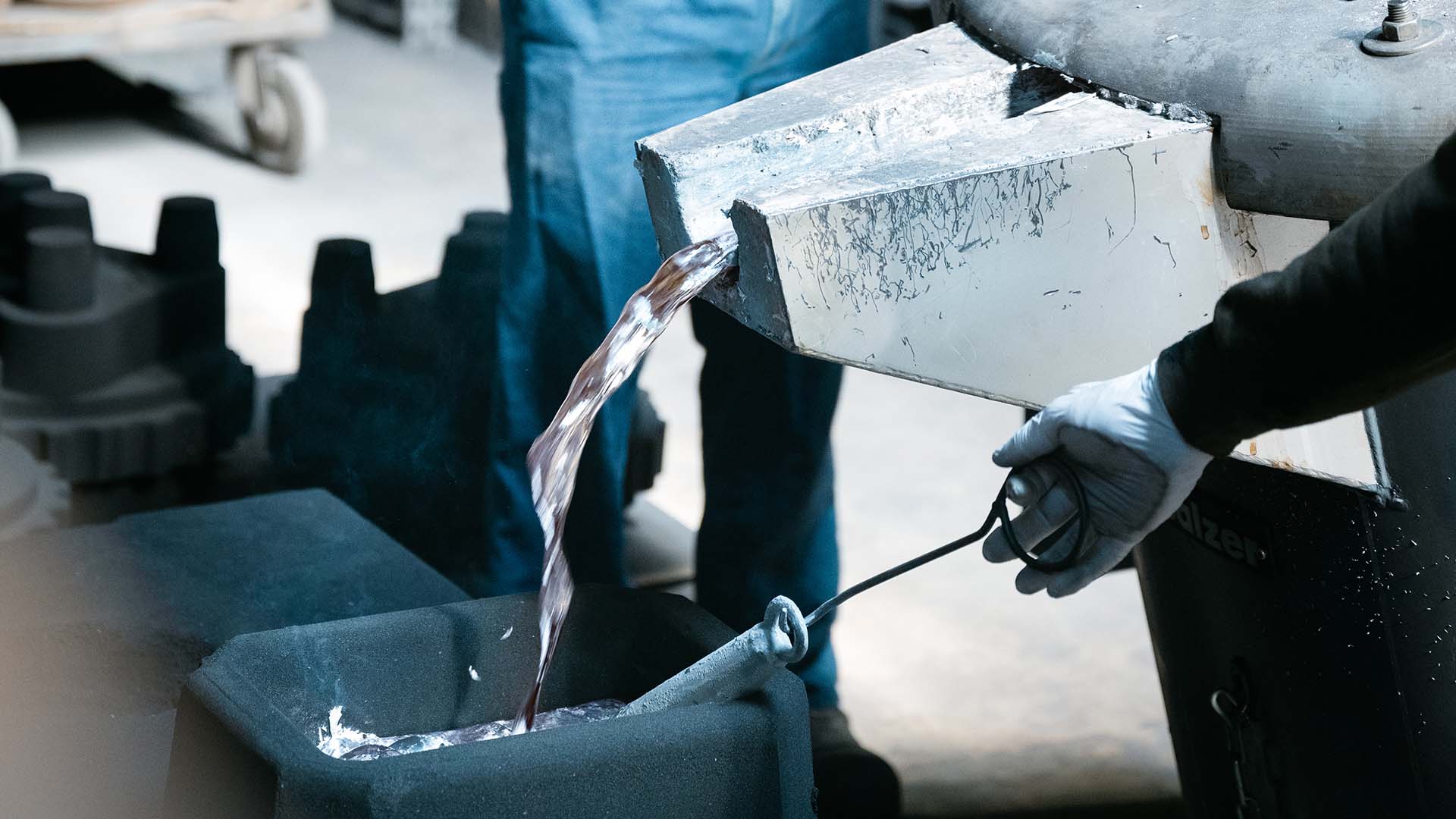 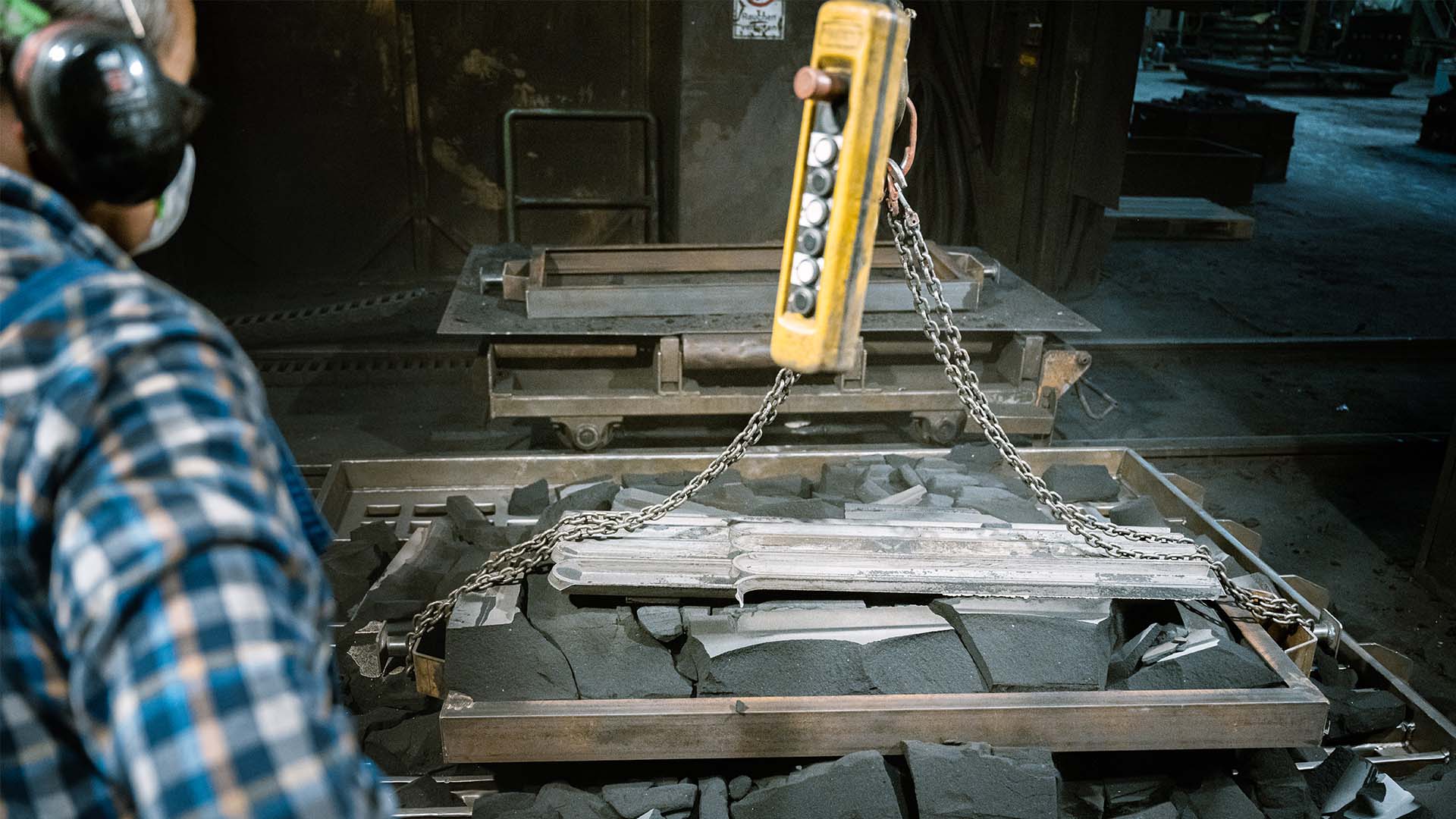 After uncovering the aluminium castings, further processing could begin, during which sand and casting residues were removed by hand. Mould separation burrs and seams were ground and smoothed with grinding attachments in different thicknesses, which optimally prepared the parts for the final painting. 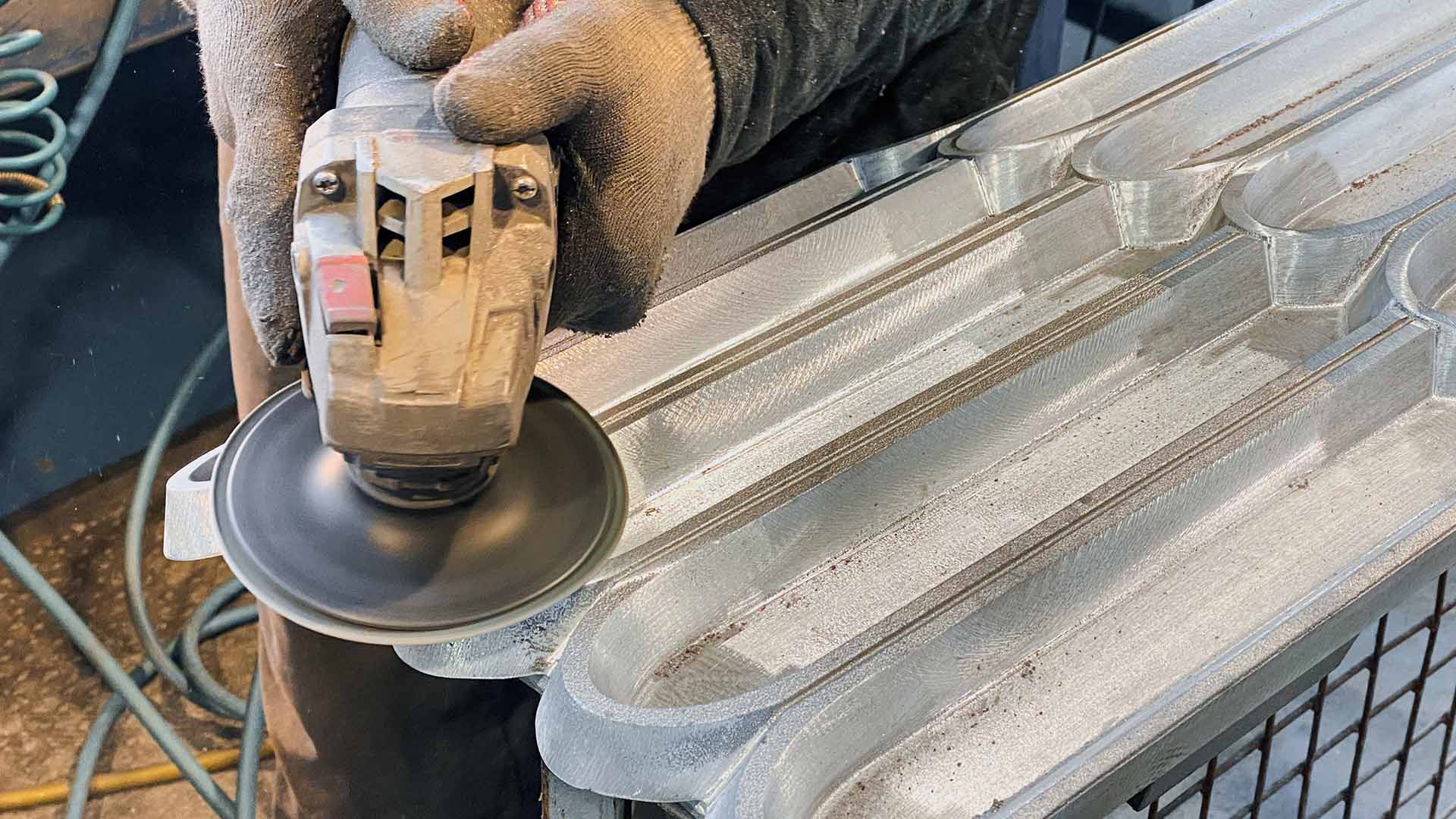 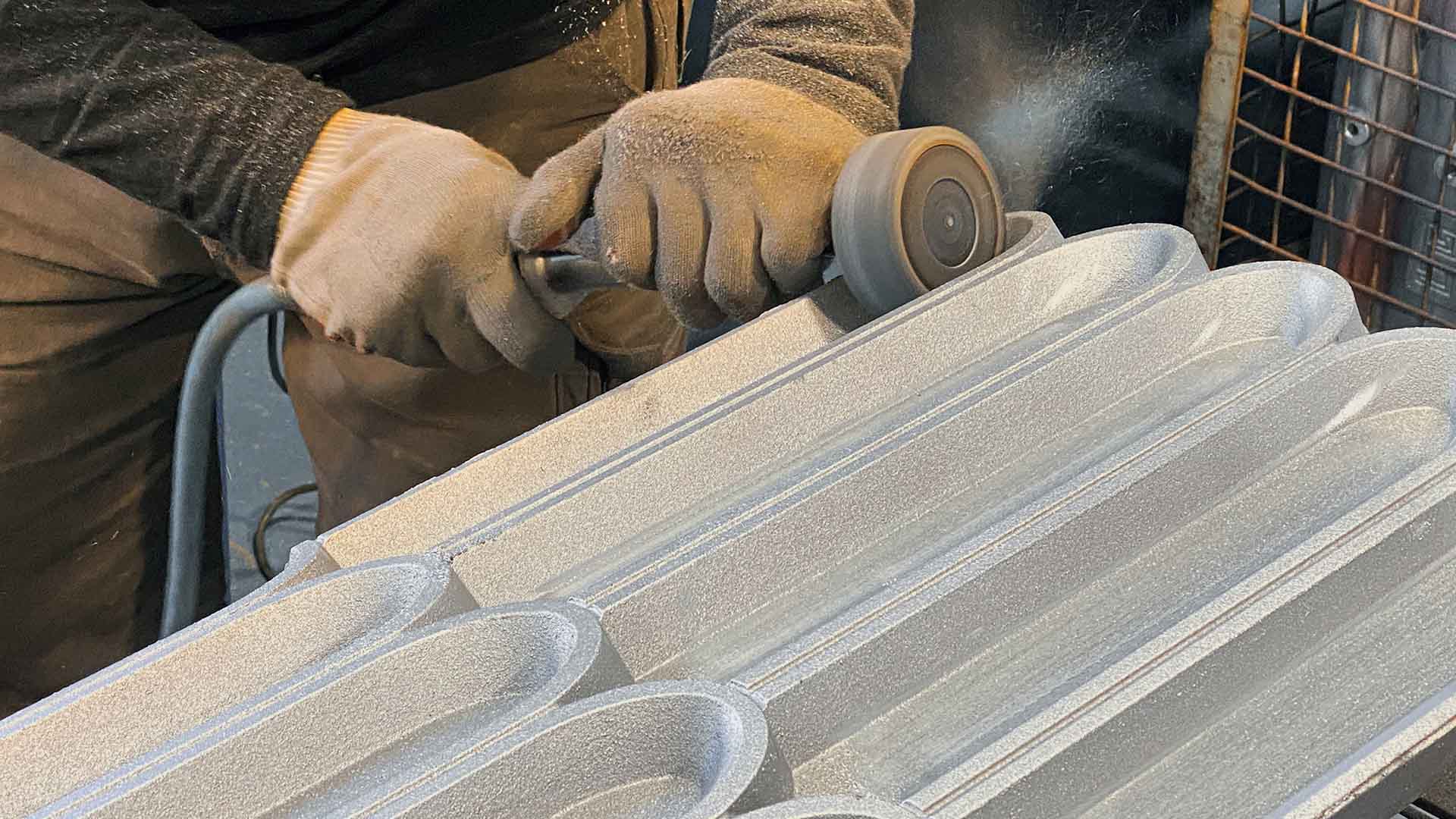 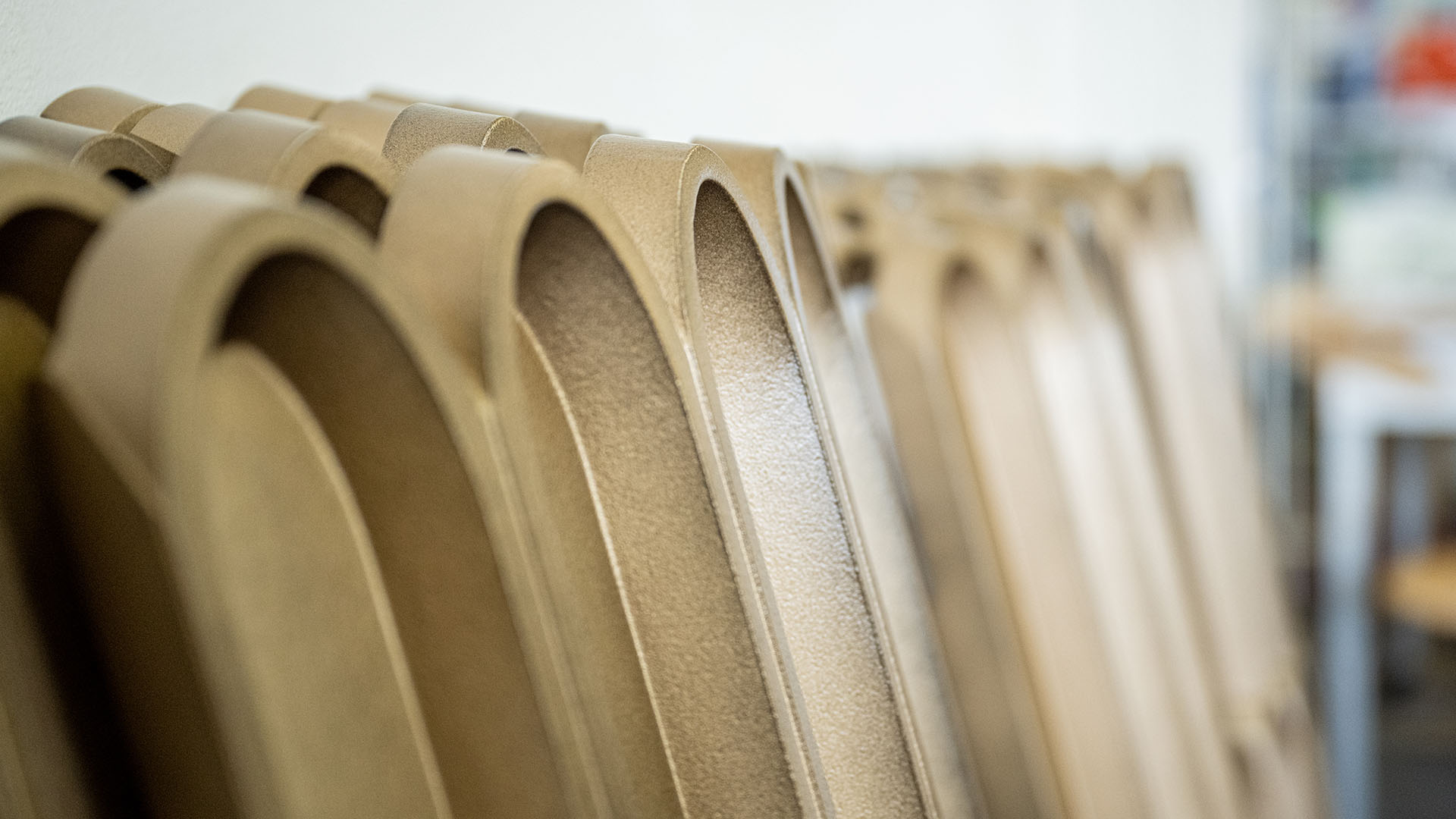 Aluminium sand casting offers many advantages, also in the field of lightweight construction. Compared to other materials, the low density of aluminium leads to a considerable reduction in weight while maintaining the strength of the product. In addition, the process ensures uniform mould filling and correspondingly easier post-processing of the resulting castings. Furthermore, the manufacturing method impresses with a short production time and a high degree of flexibility, as modifications can also be made easily during the process.

Architecture
To offer you a better experience, this site uses profiling cookies, even from third parties. By continuing to browse our site you accept our cookie policy. Find out more