Safety for Travellers on the Construction Site 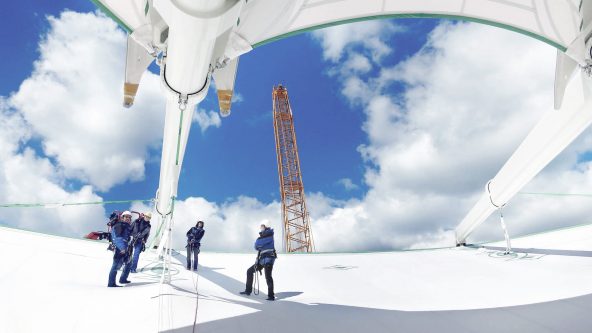 Engineering
In the context of the major construction project Stuttgart 21, the focus is not only on the higher performance of the new transit station and the design of the new platform hall, but also on the safety of passengers during the construction phase. In order to ensure this, SL Rasch has evaluated concepts for the management and coordination of the passenger flow at the station in close cooperation with Deutsche Bahn AG and identified potential for improvement.

Since 31st March, the previous path to the tracks through the Bonatzbau, the reception building of Stuttgart station, is no longer accessible for passengers due to the construction work. It was therefore necessary to construct an alternative route that would guide passengers safely and barrier-free to the platforms until the planned completion of the project. In the course of this, a covered walkway was built next to the station tower, which is longer but guarantees a high level of safety. The concept was based on peak values of passenger flows, which were measured and examined on site at different locations before the Corona pandemic. These gave indications of areas with an increased number of people and allowed deductions to be made from previous situations, which could be taken into account in the new route concept. Using our in-house simulation software PEDflow, which can be used to plan pedestrian flows in advance, a realistic simulation of the new scenario was created. This made it possible to identify potential bottlenecks in the new walkway and make general suggestions for improvement.

The results of the analysis were the separation of pedestrian flows towards and away from the tracks in the aisle through the Landesbank Baden-Württemberg (LBBW) and its widening, which significantly increased capacity. Measures like these prevent blockages and maintain the flow of people at all times.

Railway stations as well as other places with increased crowds are typical application scenarios for the simulation of mass movements to validate architectural concepts.

Engineering
To offer you a better experience, this site uses profiling cookies, even from third parties. By continuing to browse our site you accept our cookie policy. Find out more